Describe the location of station entrances and exits¶

With GTFS, it is possible to accurately describe stations using information on entrances and station interiors. This example describes sections of Waterfront station in downtown Vancouver. The station is part of the city’s Skytrain network and is served by the Canada Line, the Expo Line, the SeaBus, and the West Coast Express. Three street level entrances allow riders to enter and exit the station. The rest of the station is underground with a concourse level for fare validation and a lower level with platforms.

First, the location of the station and its entrances are defined in stops.txt:

In the file above, the first record pertains to the station location, hence, the location_type is set to 1. The other five pertain to the three station entrances (five records are needed since the Granville entrance actually has three separate entrances, a stairway, an escalator, and an elevator). These five records are defined as entrances since the location_type is set to 3.

Additionally, the stop_id for Waterfront Station is listed under parent_station for the entrances to associate them with the station. The accessible entrances have wheelchair_boarding set to 1 and the non-accessible ones are set to 2.

The entrance to Waterfront Station at Granville street has an elevator, an escalator, and stairs, the entrances are defined as nodes above in stops.txt. To connect the entrances to inner sections of the station, additional nodes have to be created in stops.txt under the parent_station of Waterfront Station. In the stops.txt file below, generic nodes (location_type 3) that correspond to the bottom of the staircase and escalator are defined. 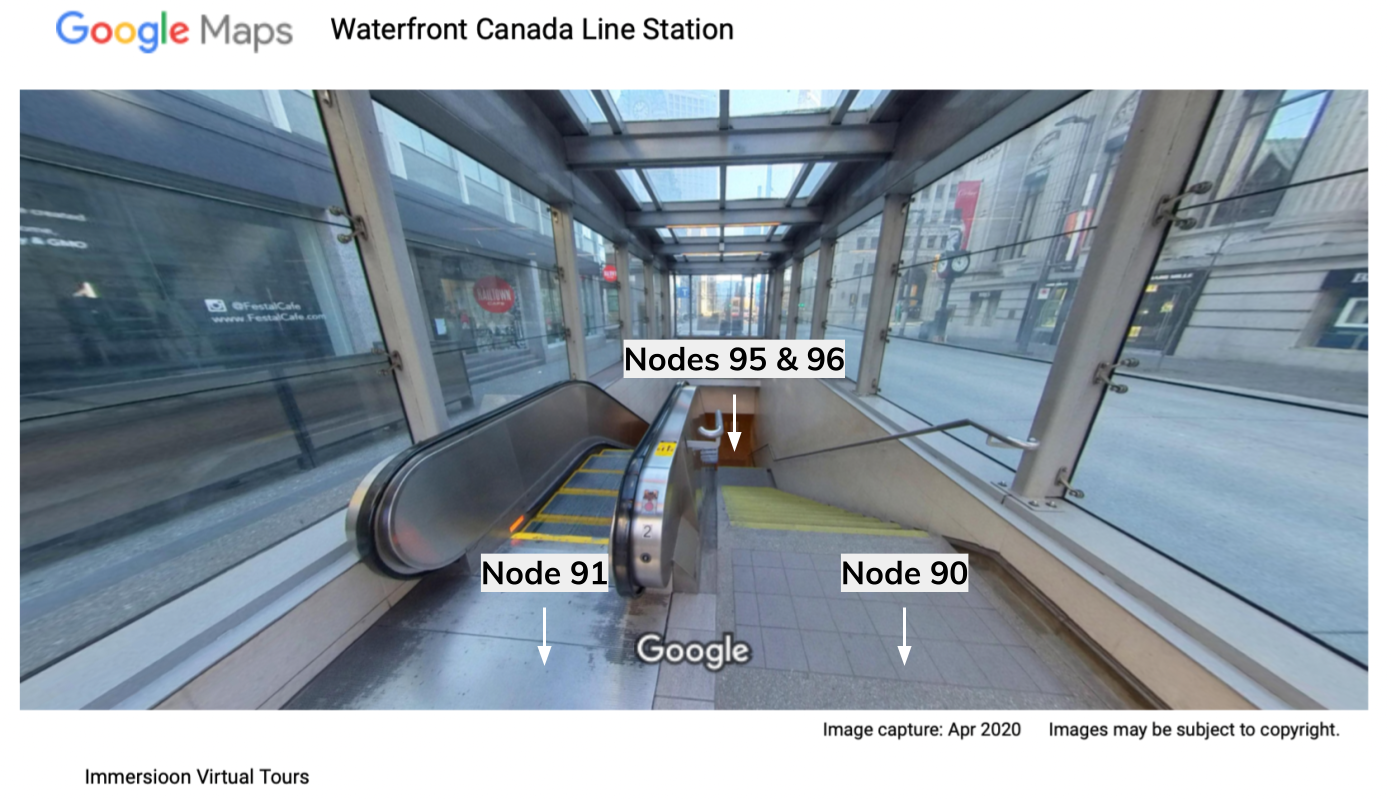 Next, the file pathways.txt is used to link nodes to create pathways, where the first record links the nodes pertaining to the top and bottom of the stairs. The pathway_mode is set to 2 to indicate stairs, and the last field describes that passengers can go both ways (up and down) on the stairs.

Similarly, the second record describes the escalator (pathway_mode set to 4). Since escalators can only move in one direction, the field is_bidirectional is set to 0, hence the escalator moves one way, from node 96 to 91 (upwards).

Additionally, as shown in the figure below, there is an underground walkway that connects the bottom of the stairs, escalator, and elevator at Granville street to the main station building. Therefore, two additional nodes are created to define the walkway sections. 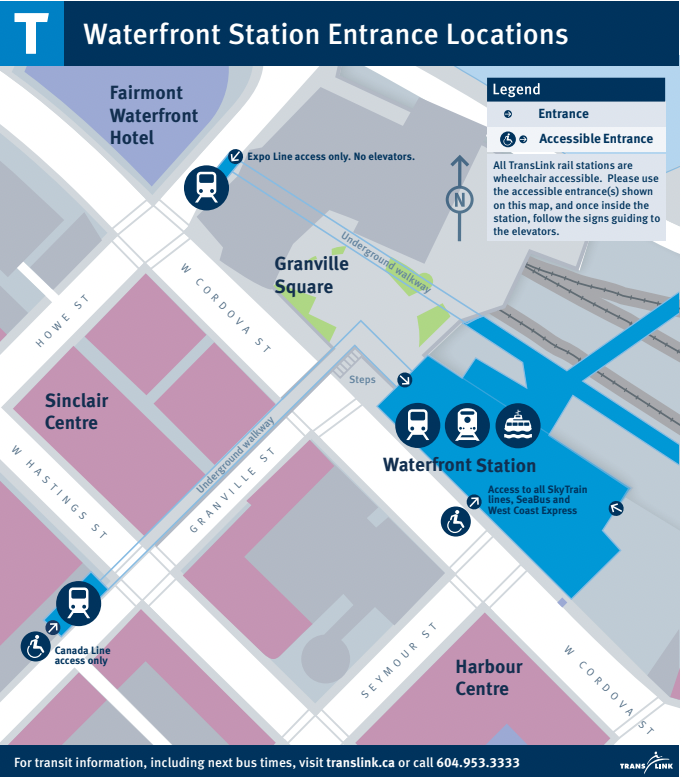 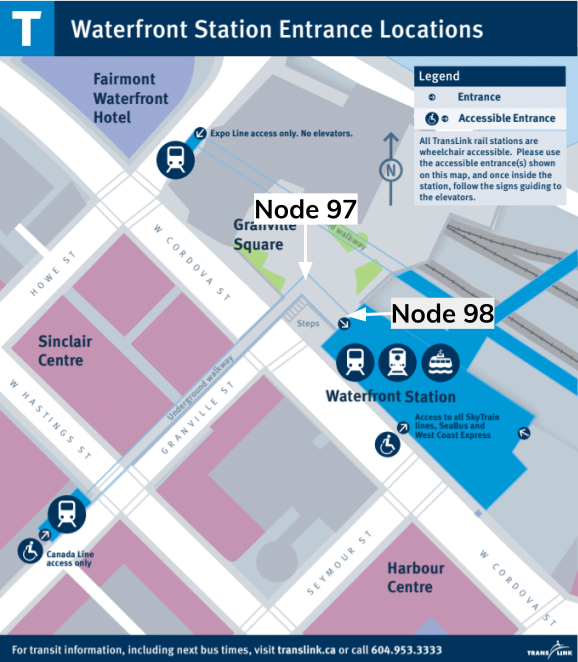 Lastly, the nodes are connected together to define the underground pathway as shown in the file pathways.txt below: